A pattern toward displacement by Data

As what happened recently in Syria and the whole refugee stories we had been heard, we decide to direct some of our students to hold their thesis on their B.A. to have a pace as technical ones according what these people needs. In order to define it each of our students interested in this scenario started to research and I as the Supervisor began to make their way algorithmic. The amazing part was each of them were from different country:

Their mutual research got comprehended through another project in Mosul which held by Morphotect team and that was the best part which made us to think of Agent Based Design which actually brought us in the very first step of a long way.

In any problems there are both agents and aspects. In other word Agents are the detailed Elements which are influential and the Factors above them as their branch or field. As a problem solver here Agent based modeling supposed to have both connections and proportions between. This project is under developing and the general idea is to get to some definitions all related to the factors impact the life style of refugees and people on similar site. 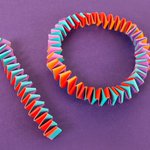